To the joy of Banksy fans, in the last few days 8 paintings in the graffiti artist’s style have been found in 5 English cities. So far the artist has not claimed authorship, but one of them has his signature.

Most of the new graffiti is critical of modern behavior in society and its ills, as usual. In the order of the photos below we can see one of the paintings that is in Outlon Broad, three children and the phrase “We are in the same boat” while another in Cromer, the art shows a group of crabs that are missing their shells while another one with its shell holds a sign that says “Luxury rent only”, criticizing the real estate speculation in the place.

In another work we see a child with a shovel composing with a pile of sand. In the next one we see a seagull trying to eat debris from a garbage dump. In the fifth photo we see a mouse resting carefree on a beach chair, very close to the sand on a beach.

In the main photo of this post we have a couple dancing while the musician plays his instrument. In Gorleston-on-Sea he made one of those mechanical hands that they have in those toys where you try to pick up assorted toys in a short time by just moving a button and the joystick (whoever remembers the name of this toy comments here so I can edit the post).

The most unusual of all was in Merrivale Model Village in Great Yarmouth, where Banksy possibly added a miniature house to the park that is a tourist attraction. The artwork has a phrase written in red “Go Big or Go Home” that conveys the idea of doing something with total intensity, sparing no effort, giving your all. It can be translated as “Think big or go away”. Just like him, right? In this same work he wrote his name and a little mouse, which is already one of his symbols. 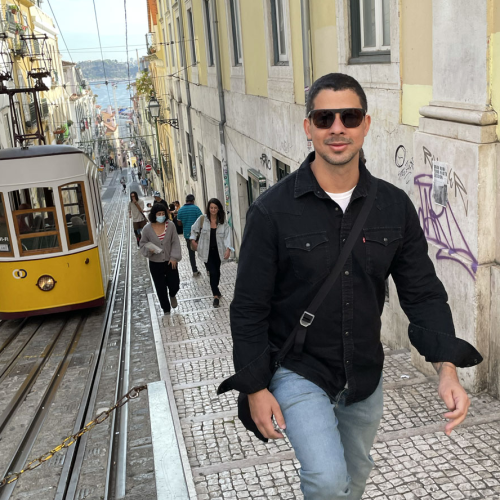 The best museums in the world that you must know